The late Renaissance, particularly the 17th Century, was a fascinating time. Among the nobility and the educated, the Enlightenment was mostly (though not entirely) under way and a true Age of Reason was dawning. Very soon, science and discovery would open Western civilisation up to a brand new world.

Among the poor and unlettered, however, it was still an age of superstition, fear, and darkness. Magic and folklore loomed large in the lives of the common people. Even in the New World, far across the Atlantic, things were no better and even the highest born were superstitious enough to allow a travesty like the Salem witch trials to occur in their community.

Tales of devils, daemons, warlocks, and the faerie folk were rife and most, even many among the gentry, believed in them the way you and I believe in the internal combustion engine and manned space flight.

And so, with such a rich culture of magic and myth living side by side with emergent science and technology, it becomes obvious that the 17th Century is a very good setting for a fantasy scenario mixing history and myth, what was and what might have been.

Avalon Bleeding is Eureka’s attempt to describe what such a world might look like. Set in the four kingdoms of Albion and one other, Avalon the Faerie realm, it imagines how two simultaneous civil wars across two separate dimensions might have played out.

The children of the old forest, the Ogres of the hill lands, Giants from the high mountains of Scotland and Wales, and pesky gnomes risen from their subterranean labyrinths will all be represented in this range, alongside cannibal Cavaliers and, of course, Faerie Kings and Queens. 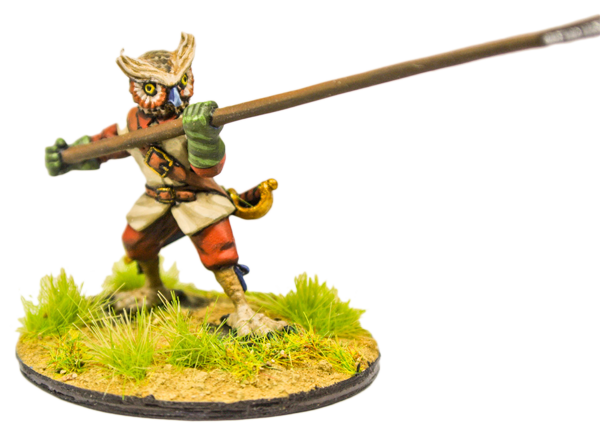 Take a look at the full range here.

It is the year 1642 and relations between King Charles I of England and his Parliament have degenerated into a state of civil war. On the bloody battlefield at Edgehill, father draws sword against son, brother fights brother, and friend slays friend. Albion convulsing has turned upon herself.

In the secret woods and hiding places, the faerie folk look on with their usual dispassionate interest. They have seen this often times before and many still live among them who remember Bosworth Field and even Hastings. The humans have always been this way, ready to spill an ocean of blood for a shift in power.

There is, however, a new and disturbing element to this latest conflict. Religious mania has swept the land and a new spirit of iconoclasm has infected many of those in arms for Parliament. This misguided thinking has led to the destruction of many fine churches held by the Puritans to be too Pope-ish.

These actions have caused great agitation amongst the Folk. Many of these churches and Abbeys were built upon places considered sacred in Faerie Lore. This vandalism strikes at the very heart of the old religion. Worse still, some of the Roundhead soldiers have attempted to pull down one of the ancient circles. It is said that a group of the more fanatical officers, one squeaky-voiced Captain Cromwell most vocal amongst them, have called for this and that these officers gain greater support amongst their troops with each passing day.

The Faeries are forced to the reluctant conclusion that they can no longer remain mere observers of these events. If the great stone rings are broken, then so too is their access to the sacred realm of Avalon. Without the rings the Folk will no longer be able to travel at will between the two worlds. A great council is therefore called in the hall of the Faerie King. This is where the true troubles begin.
This ancient court has ever been fractured by too many factions, the greatest division being between those whose loyalties lay with the King, Oberon, and those who side with Titania, the Queen. None can say why these two can find so little agreement between them. It has been so for as long as anyone cares to remember. Thus, when the solution to this latest crisis is sought, inevitably opinions divide.

The King calls for the Folk to flock to the Royalist banner and fight for Charles against the hated iconoclasts and thus, keep open the portals. This draws uproarious support from his younger warriors and generals who have long been denied a chance to demonstrate their skills in battle. The Queen, however, spits upon the floor and makes an impassioned call for full withdrawal from the human realm.
“Leave these beasts to their horrid little argument. Let us back to Avalon whilst the doors remain open. I tire of this dreary world.” There are many amongst the older folk who have seen the brutality of human war who find much sympathy with this course.

The issue continues to be argued fiercely for three days and nights, only coming to an end when Titania storms from the Royal chamber, her retinue in tow. It is a final divorce and an act of war.

Oberon sends emissaries to Charles to offer an alliance. The appearance of these other-worldly beings causes much consternation at the court at Oxford, but after some very odd and unsettling moments, an agreement is reached and the Faerie King comes forth to greet his new ally. 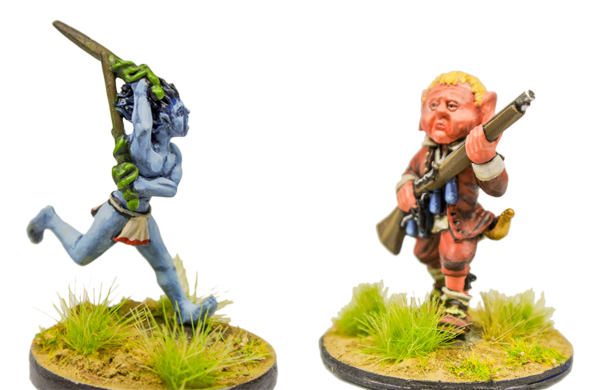 At the urging of the Oberon, folk from all over the British Isles flock to join Charles’ army. Many of those in whom some human blood flows are already in arms, having lived amongst humans and shared their quarrels. Now that this is also their secret King’s fight, many choose to drop the glamours they have used to conceal their true natures.
Charles suddenly finds himself in command of a far more diverse army than he might reasonably have guessed. In a rare moment of pragmatism, the King of men chooses tolerance and expediency over prejudice and dogma. His army is the stronger for it.

Meanwhile, Titania and her small army are en route to the great stone ring on the plain of Salisbury, when a large body of Cavalier cavalry under the command of the King’s Nephew, Rupert espies them and, mistaking them for Parliaments troops, attacks.

The action is short and sharp with the Faerie band easily managing to escape the larger human force and disappear into the woods.

The engagement, however, costs the Folk the life of one of the queen’s most favoured nobles - rumoured to be her lover - and she is inconsolably bereft.

This unfortunate happenstance sets in motion events that will see Titania pit her forces against both the humans she now despises and her erstwhile husband the Faerie King.

A breakdown of the various ‘types’ in Avalon Bleeding.

The Faerie are roughly broken down into four types: 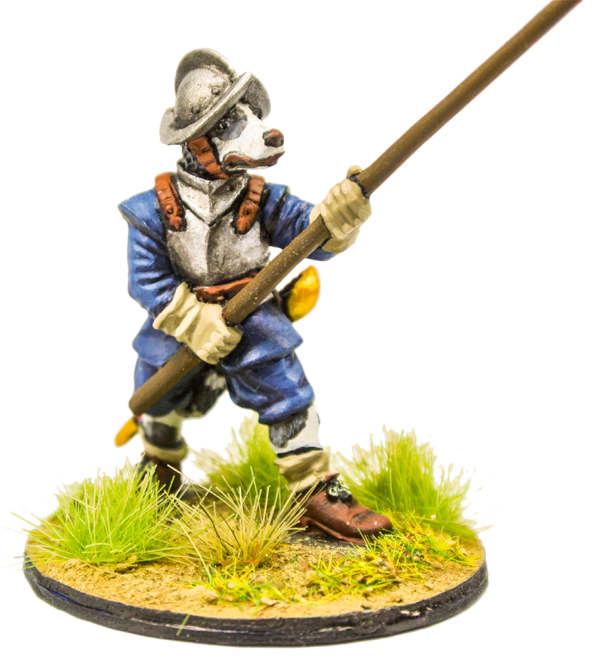 Now that the faeries have revealed themselves, however, the Mundanes (irrationally proud of their faerie blood) have largely chosen to reveal themselves too. This has introduced an element of the surreal to the rank and file of both human armies.

Giants:
The giants have lived in the mountains of Scotland and Wales forever. They are unrelated to the faeries but have a truce with them that has always been respected. Now that the civil war has come, the giants (who can grow to twenty feet tall) are gathering for the fray.

Trolls and Ogres:
(pretty much the same thing except the ogres hate water) These are both cousins to the giants. They are about nine feet tall and incredibly vicious and stupid. They love war, however and so come pouring out of their holes, caves and tunnels to join in the fun. Like the gnomish, they have no problem with using gunpowder weapons but, unlike them, are quite incapable of fully understanding how they work. Many a troll has died at the wrong end of his own pistol. 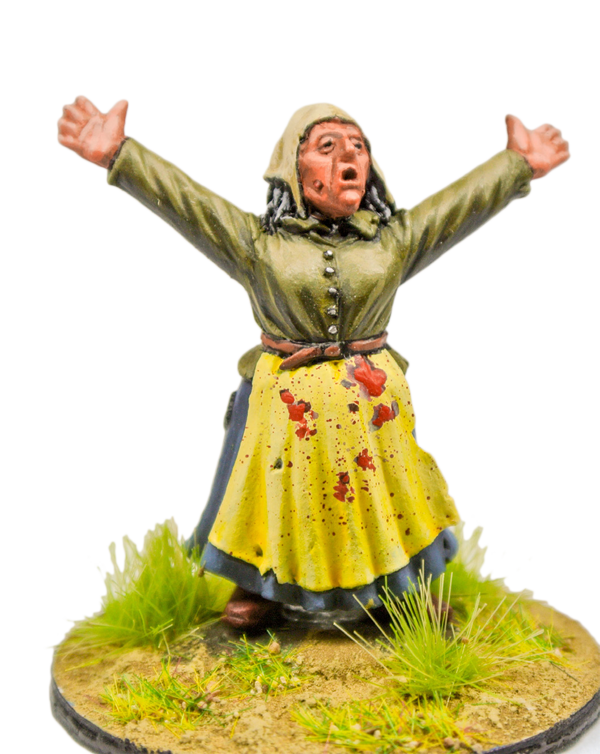 Witches:
These take many forms in Avalon Bleeding. From the human seeming village witches the Witchfinder General loves to persecute to the elemental sisters of the forest who are mouthpieces for the darkness.

Witches have a very vague relationship to Faerie and are not well trusted by the Folk.

The full range can be found here.